Coffee Morning with Yvonne Holton
Speakers Lunch: The Trades that shaped our Capital
Published By royalscotsclub on 15/01/2020 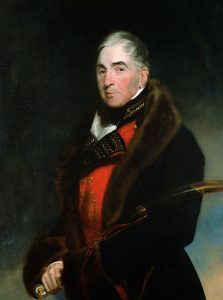 On Saturday 20th June the Club will be hosting a dinner to mark the anniversary of the Battle of Waterloo. Our guest speaker is Philip Grant, the author of A Peer Among Princes, a book based on Sir Thomas Graham, Lord Lynedoch, was one of the Duke of Wellington’s ablest lieutenants during the Peninsular War – he won a great victory against the French at the Battle of Barrosa, conducted the siege of San Sebastian and acted as the Duke’s second in command.

Sir Thomas Graham, 1st Baron Lynedoch GCB GCMG was a Scottish aristocrat and politician but was best known for his exceptional Military Career. He only took up his military career in 1792 when he was outraged by the violation of his wife’s coffin by French revolutionaries. He was determined to fight them and raised his own regiment to do so, soon establishing himself as an outstanding leader and field commander. He saw action in Toulon, made a daring escape from the siege of Mantua, served in Malta, Egypt and with Sir John Moore during the Corunna campaign.

The evening will commence with a champagne drinks reception, followed by a Beating Retreat on Abercromby Place, returning to the Club for a 3 course dinner with wine and coffee. The Dress code for the evening is black tie. Mess kit and decorations can be worn where appropriate.