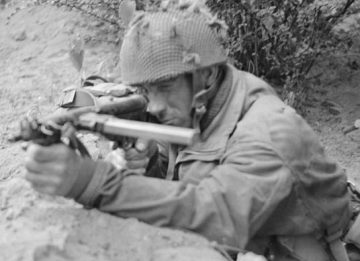 Major General Adrian Freer will be talking about Operation ‘Market Garden’ in its 75th anniversary year. Operation ‘Market Garden’ was a bold plan initiated by FM Montgomery in early September 1944 to outflank the German defenses and break into Germany’s industrial heartlands from the north. The plan comprised the use of three airborne divisions, the US 82nd and 101st Airborne Divisions and the British 1st Airborne Division to secure the bridges over the principal waterways in Holland leading to the Lower Rhine at Arnhem. Immediately following the airborne insertion 2nd British Army was to advance from the Belgium Dutch border up a 64 mile ‘corridor’ to relieve 1st Airborne Division at Arnhem thereby outflanking the German defences in the Low Countries. Major General Freer is a former commanding officer of 2 PARA and Commander 5 Airborne Brigade, he is currently the Chairman of the Airborne Assault Museum.