GianPiero handmade 100 individual lead soldiers to represent 100 years since the founding of the Club.

Three other characters were then cast in lead, The Princess Royal, Princess Mary and Colonel The Lord Henry Scott, whose idea it was it have a Memorial Club in honour of the 11,162 Royal Scots who lost their lives in the Great War.

We are delighted to be able to offer this limited edition WW1 Royal Scots Soldier.

Not available for shipping overseas. 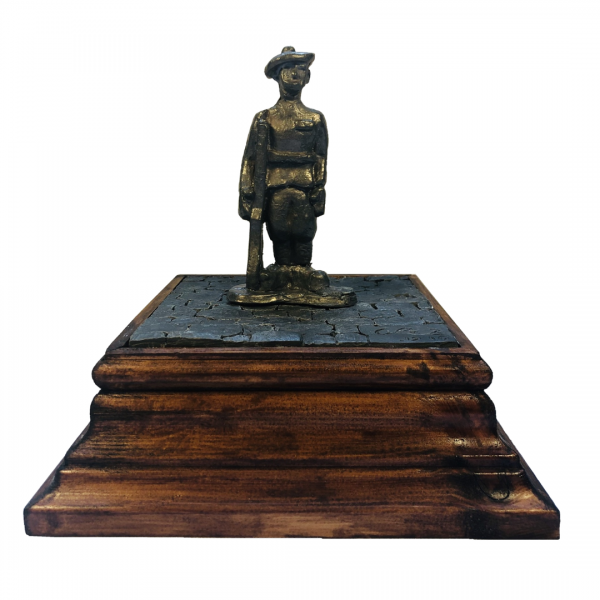