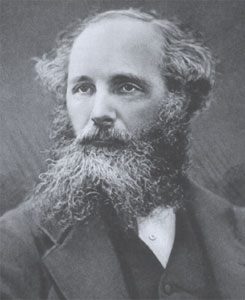 James Clerk Maxwell FRS FRSE was a Scottish scientist in the field of mathematical physics. His most notable achievement was to formulate the classical theory of electromagnetic radiation, bringing together for the first time electricity, magnetism, and light as different manifestations of the same phenomenon. There is much more to James Clerk Maxwell’s scientific legacy than his work on light and electromagnetism. Professor Wilson Poon is internationally known for his work using very well characterised ‘model’ colloids to study phenomena that are ubiquitous across condensed matter and statistical physics, particularly the structure and dynamics of arrested states such as glasses and gels. Understanding such states is a grand challenge facing 21st century physics; at the same time, they occur widely in a very large range of industrial processes and products. To exploit the latter connections, Wilson set up the Edinburgh Complex Fluids Partnership (ECFP) a few years ago to coordinate industrial consultancy. Wilson Poon is a University of Edinburgh Physics Professoer who will give a fascinating perspective on Maxwell